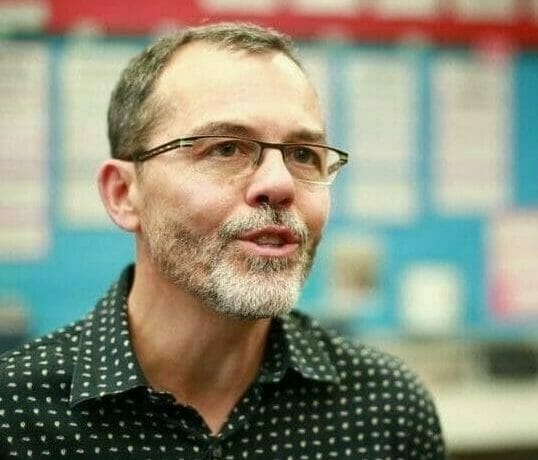 Learn how the Mill Valley School District will be going global

Say “Global Studies,” and for a lot of parents, memories of learning how Archduke Franz Ferdinand’s assassination sparked World War I might come to mind. But Global Studies, these days, encompass far more. The Mill Valley School District took the subject head-on in its Strategic Plans and is ensuring that students will participate in 21st century learning opportunities that foster global and international perspectives and awareness.

That means that at the Mill Valley Middle School, Global Studies might mean a unit in Brandolyn Patterson’s math class that studies refugee camps and has students measuring quantities, shapes and dimensions in order to build a model camp to spec. At the elementary school level, it might mean a modernizing tweak to the age-old Immigration Unit that’s held at Old Mill, Park and Edna, that better reflects current ways immigrants arrive in America, instead of only the old Ellis Island route.

“You really can go any direction with it.  It’s exciting from a curriculum standpoint,” says Rod Septka, who is MVSD’s Global Studies Education Coordinator, a new, Kiddo!-funded role created last year and which turned into a full time position for the 2017-18 school year. “Most of my work right now is with the middle school teachers, but later in October, I’m having a workshop with the elementary schools to see how we can incorporate Global Studies into their classrooms. My role is to help programs get initiated, to get support to people and to provide resources.”

It’s fitting that Septka is heading up Global Studies for the MVSD. Though Septka didn’t travel outside of the United States until he was 30, he was no stranger to navigating new communities. The child of a father with a touch of wanderlust, Septka had attended more than 20 different schools by the time he hit eighth grade. The Groundhog Day-like experience of having to shift directions and embed himself in new communities time, and time, and time again, gave Septka the passion to explore that concept on a global level.

Septka, who is in his 21st year teaching in the MVSD, has hit the ground running. He points to the new Earth Club at MVMS that he helped Julia Varboncoeur and Maya Johnson spearhead in response to kids entering the middle school from schools like Tam Valley and Strawberry Point who had great Green Teams at their elementary schools and wondered why there was nothing in place for the sixth, seventh and eighth graders.

Another exciting application has been in the eighth-grade science classes, with some students finding ways to incorporate Global Studies in the classes’ “Panther Pit” – a take-off of the Shark Tank television show. One memorable project involved Septka helping some students investigate ways of collecting water in communities where there is a dearth of it.

This year will mark a sea change for sixth graders, as well. Septka met with the sixth grade wheel teachers in September and helped formulate an over-arching statement of inquiry that will cover the course – the four weeks of introduction to a language followed by four weeks each character education and technology – and will bring a global macro view down to a community focus.

“We made a list of school community members, kids and adults, whose background is global. We have a large community, and kids and adults don’t know everyone,” he says. “Take the crossing guard. She’s a person with a life. The students in the wheel classes will interview these people, do a minute and a half video about them, and people can say, ‘Oh look. This is Simon Kagiri from Kenya, and he’s actually our custodian. The character ed part is the listening and developing of questions, technology is the making of the video, and the language will involve the students learning to ask some questions in their subjects’ home languages.”

A more simple application in terms of using Global Studies in languages classes arose just recently, when Septka observed  a Spanish class where the teacher was using images and news headlines from Mexico City and Oaxaca after the earthquake had hit those communities.

While Global Studies definitely has a strong foothold at the middle school – in fact, Septka’s office is occupies a small, former closet in the school – he looks forward to exploring needs that can be filled at the elementary level.

The community, he says, is perfect for it. And while that may cause an eye roll from some – Mill Valley surely is no stranger to families who jet off to far flung exotic locales on a weekend basis – Septka maintains that it can be a plus.

“I have had students who have visited orphanages and who have done community work in Haiti. At the same time, there are some whose families only go to resort areas. Global Studies is a way to broaden kids’ understanding and help them understand about what’s going on locally. I feel like we have this narrative about Mill Valley , that everybody’s white upper class, and wealthy. The truth is, there’s a whole lot more diversity than that. As teachers, we need to remember we’re teaching a whole range of students and not marginalize the community by assuming it’s all homogeneous.”