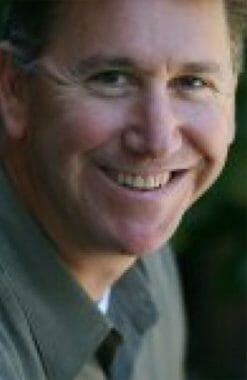 Bill Lampl and his wife, realtor Kathleen Clifford, have lived in Mill Valley since 1997. They chose to raise their family here because, Lampl says, “it offered everything that mattered to us: an involved community, an active lifestyle, and great schools.” Their two children grew up playing sports on Mill Valley’s fields, boogie boarding at Stinson Beach, exploring Mount Tam, and attending Mill Valley’s public schools alongside friends they’ve known since kindergarten. “Growing up here has been everything we’d hoped it would be for them,” Lampl says. “This place is pretty idyllic.”

When the family first arrived, Lampl was an executive in the apparel industry, having risen from traveling salesperson to corporate president at Esprit. He loved his work, especially the personal interaction and collaboration that fuels a successful company, but in 2004, he ruptured a disk in his spine. Rather than undergo surgery, he decided to quit his job and commit to eighteen months of intensive physical therapy to rehabilitate his spine.

It was a big change, going from a businessman putting in 60-hour weeks to a guy with a lot of time on his hands. But Lampl saw it as an opportunity to immerse himself in his town. He started by coaching his son’s Little League team, because “it was a great way to be a part of my child’s life.” But he soon found he loved, and had a knack for, working with kids. So he went on to coach soccer and basketball, too, and even became a substitute teacher — one for whom a good gig didn’t mean showing a movie, it meant teaching a lesson plan and engaging with students.

He enjoyed his new life so much that, when his back was healed, he started a consulting firm instead of returning to the corporate world, so he’d have more time to spend locally. When he wasn't helping clients build distribution networks and manage licenses, he coached, taught, served on the boards of the school PTA’s, co-chaired Kiddo! Gala Committees, joined the Tam High Foundation board and took a seat on the City of Mill Valley Library Board of Trustees.

If you ask him why he’s done all this, the answer comes easily: “Community service is such a big part of what Mill Valley is. When you do it, you get the satisfaction of giving, and of bonding with others in your community.” Now, everywhere he goes, he sees people he’s met through his volunteerism, and that deepens his connection to his town. And, of course, there’s the difference that volunteers like him make. “When you look at what gets done through community service that wouldn't otherwise get done,” he says, “it’s astonishing.
Over the years, Lampl has always kept his ears open for interesting new challenges, both in business and in community service. When he heard that Garlock was retiring, “a light went on,” he says. Not only were his sales and management skills an ideal fit for a non-profit that depends on fundraising and using donations efficiently, but “I knew if I were given this opportunity, I could take all the passion that I have for my community and the schools and focus it into one organization.”

He also has a deep appreciation for what Kiddo! does. As a substitute teacher, he’s seen how its programs make kids better learners. As a parent, he knows “the joy we all feel when our kids shine on the stage or in the art room.” He’s also seen Kiddo! open doors for kids that they might never have opened on their own. Kids like his son, a natural athlete, who needed no encouragement to throw or kick a ball. But, thanks to Kiddo!, he’s learned he’s also a poet. Kiddo!’s poetry program “inspired him to express himself unconditionally through words, and say things in a way that belongs to him,” says Lampl. Without it, he might never have tapped into that rich inner vein. It’s kids like this – the ones who, but for Kiddo!, might never know that they can sing, paint, act, or write a poem – to whom Lampl believes Kiddo! gives the greatest gift.

As a veteran of corporate sales and management, he knows how to raise funds and spend them wisely. He also plans to increase Kiddo!’s outreach to local businesses, alumni, and those in the community – especially seniors – who have never been involved with the schools. He wants to use social media to reach a new generation of families who get information in different ways than those whose kids are entering high school. And, now that the district’s budgetary crisis has eased somewhat, he’d like to grow Kiddo!’s endowment again, so its programs will have a secure source of funding for decades to come.
All these plans, he knows, are possible only because of the extraordinary efforts of his predecessor. “Trisha started this,” he said. “She rolled up her sleeves, and through passion and hard work built one of the jewel organizations of our community and one of the strongest school foundations in the country.” Because of her, Lampl heads a foundation that is healthy and vibrant, with a committed staff of professionals and volunteers and strong relationships with the community. “It’s an honor to follow her,” he says.